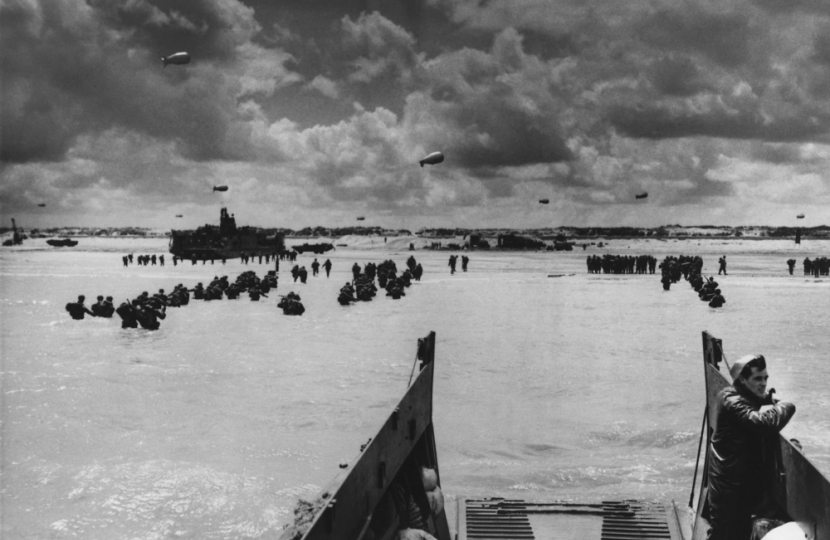 In the House of Lords, Lord Black pressed the Government on what plans it was making for the 75th anniversaries next year of D Day and The Battle of Arnhem. He said it was likely to be the “last significant anniversary when we are lucky enough to have veterans of those campaigns among us” and that their voice and needs must be central.  The text of the Question and Answer session, with responses from the Government, was as follows:

Asked by Lord Black of Brentwood

To ask Her Majesty’s Government what plans they have to commemorate the 75th anniversaries of D-day and the Battle of Arnhem in 2019.

My Lords, the D-day landings and the Normandy campaign are a crucial part of our history, and the Ministry of Defence will mark the 75th anniversary both at home and abroad. The MoD is working with partners to commemorate this significant occasion in a wholly fitting manner, with veterans at the forefront of the planning. The Ministry of Defence will also be supporting events for Arnhem, for which plans continue to be developed.

I thank my noble friend for that Answer. Nineteen forty-four was the turning point of the Second World War, and the exceptionally brave troops who landed on D-day and took part in Operation Market Garden, alongside those who fought at Cassino, were absolutely crucial to the liberation of Europe. My noble friend will be aware that the 75th anniversary of these great battles next year is, sadly, likely to be the last significant anniversary when we are lucky enough to have veterans of those campaigns among us. Does she agree that it is therefore essential that their voices and needs are central to the commemorations, and can she give us a progress report on plans for the British Normandy Memorial, which will record for all time the names of the 22,000 service personnel who gave their lives in the battle of Normandy so that we might be free?

I thank my noble friend, who makes a very important point. The Ministry of Defence is of course mindful of the views of not only veterans but the wider service community as a whole and will remain so for the forthcoming commemorations. On the matter of the memorial, I thank and pay tribute to the noble Lords, Lord Ricketts and Lord Dannatt, who support the Normandy Memorial Trust. The trust has submitted all the many complex details required by the French planners, who are mindful of the sensitivities of a development on this exceptional site. That process, including a public inquiry, is expected to take the remainder of this year.

My Lords, I thank the noble Lord for his reference to the Normandy Memorial Trust, of which I am the chairman. I can report to the House that we have secured an inspiring site looking down over Gold Beach, and we will be holding a first ceremony to inaugurate that site, although not yet the full memorial, on the anniversary of D-day next year. Does the Minister agree that a British national memorial bringing together the names of all those who fell under British command, alongside the Commonwealth war graves, will bear an important message to future generations about the sacrifices of those who made our freedoms in Europe today possible?

I do agree. None of us will ever forget the momentous contribution made by those who fought and died during the Normandy campaigns, and the unique—it is unique—British D-day Normandy memorial recognises in a fitting manner that enormous contribution.

My Lords, I must declare an interest, as my formidable father-in-law, Roy Urquhart, commanded the British 1st Airborne Division at Arnhem. There are two points that I would like to make to the noble Baroness. First, there is already an annual pilgrimage to Arnhem, which has been sustained only because of the generosity and hospitality of the local community. Were there to be a more elaborate event, it would surely be necessary to ensure that the local community was not overshadowed. Secondly, if there is to be any elaborate commemoration, I hope that due regard will be paid to the Polish 1st Independent Parachute Brigade, which suffered grievous losses and whose contribution to Arnhem is frequently ignored.

I thank the noble Lord, who I think senses from the reaction of the House what an important and relevant point he has made. I am sure these points will indeed be noted and that every endeavour will be made to ensure that the Arnhem commemorations are treated sensitively and appropriately.

My question relates to D-day, of which there are many possible commemorations. In that operation, approximately 6,000 Royal Navy and merchant ships were involved. Does the Minister hope that we never have to use that many ships again, and agree that the way to avoid war is to have sufficient ships to make people wary of engaging us in that way, so perhaps we should invest a little more in our military?

With characteristic ingenuity the noble Lord manages to engineer a question that perhaps does not relate entirely to the question on the Order Paper, but he makes an important point. The Government ​are acutely conscious of the need to ensure that we have the capability to meet future challenges. That is what the strategic defence review has been about and is certainly what the modernising defence programme is about.

My Lords, 2019 will also see the start of the 80th anniversary commemorations of the Second World War. Will my noble friend consider extending the scheme that has commemorated the award of the Victoria Cross in the First World War with paving stones outside the houses of those to whom it was awarded? It has been an extremely successful scheme, and is a reminder that out of ordinary streets came extraordinary people.

I concur in every aspect of my noble friend’s sentiment, and I will make sure that these important suggestions are taken back to the department.

The Lord Bishop of Birmingham

My Lords, I do not have to declare such a close interest in the name Urquhart as the noble Lord across the Chamber, but I bear the same surname. These events were some time ago. In addition to the very important commemorations which the Church and other faiths fully support and participate in, I encourage the Minister to talk to colleagues in the Department for Education to ensure that they live on in the memory and experience of our young people, so that they understand—particularly in the light of current world events—the consequences of keeping the peace and the mobilisation of great forces.

I thank the right reverend Prelate, and I agree with him: history can be very instructive, and there is great wisdom in what he suggests, which has certainly been noted.