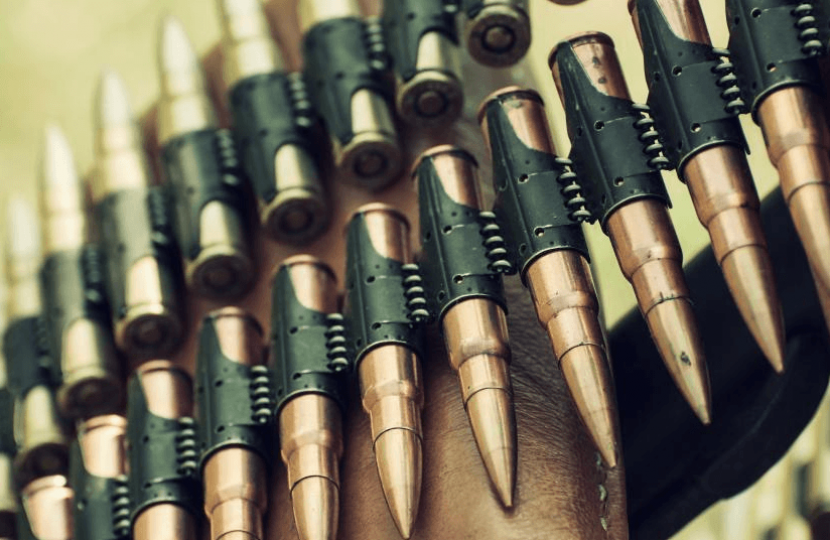 In a debate on the House of Lords Select Committee report on Sexual Violence in Conflict, Lord Black pointed to the particular problems faced by LGBT communities in conflict zones such as Iraq and Syria. He also urged the Government to continue its efforts to bring about an end to criminalisation of homosexuality in more than 70 countries across the globe.

This is the text of his speech:

My Lords, it was a great honour to serve on the Select Committee, whose task was to shine a light on an issue of huge global importance, but which was for far too long almost a secret swept under the carpet until the PSVI changed all that. I join others in paying tribute to the leadership of my noble friend Lady Nicholson, who, as we have heard, guided the committee through a vast array of information, sources, witnesses and locations with huge dexterity and skill. We owe her a great deal for that, as indeed we do to the indefatigable secretariat which serviced the committee with energy, dedication and attention to detail. This is an enormous subject, and a very difficult one, and between them, the chair, the advisers and the officials helped to bring order to it and make it accessible. I believe that our report, and the testimony of the excellent witnesses we heard from, will prove a powerful contribution to debate not just here but, I hope, across the globe. I draw attention to my interests in the subject listed in the annex to the report and declare them accordingly.

The major issue I would like to highlight from the report is the spotlight it shines on sexual violence against men and boys—for although the clear majority of sexual violence in conflict is perpetrated against women and girls, these crimes are indiscriminate and men and boys are greatly affected too, as a number of noble Lords have pointed out. Indeed, sexual violence against men and boys has been recorded in 25 armed conflicts over the last decade. We know that the problem is significant and pervasive, but little comprehensive data exist. Indeed, our report makes clear the importance of finding out much more about the numbers of men and boys affected by these crimes. In many ways they have been the forgotten victims of this heinous crime, and we need to change that.

One of the key objectives of PSVI since its launch, as my noble friend Lord Hague made clear, has been to raise awareness of men and boys as victims as well as perpetrators. That has been a ground-breaking initiative which I strongly applaud. However, the evidence we heard shows that there is more to be done, and although DfID, as the report makes clear, has done admirable work to combat violence against women and girls, ending sexual violence against men and boys must be a priority too. We noted, for instance, that it was regrettable that DfID did not do more to raise the status of this issue in its approach to the World Humanitarian Summit in Istanbul in May.

This is particularly important because of the stark and appalling legal situation in which men and boys who are victims of sexual violence find themselves. We heard striking evidence from Dr Chris Dolan, director of the Refugee Law Project in Uganda, about how they face huge barriers to accessing support and justice. Around 70 countries do not recognise male victims, meaning that 90% of men in conflict-affected countries are in situations where the law provides them with absolutely no protection if they become victims of sexual violence. Of those countries affected, 67 actually criminalise men who report abuse against themselves. Apart from the terrible stigma this creates, on which I will say a few words in a moment, it makes provision ​of healthcare, social support, economic support and access to justice almost impossible.

What can be done? To begin with, men and boys should be covered far more comprehensively in the Government’s research activities, not least because the true scale of such crimes is masked by the legal barriers I spoke of just now. We need much more data to assess the scale of the problem so that measures can be taken effectively to tackle it, particularly so that much more can be done to hold perpetrators accountable and end impunity for sexual violence. Long-term, sustainable research is vital in this area.

Another area where we need a more proactive approach is in access to justice, which is perhaps the most important requirement for the recovery of the victims of these terrible crimes. Sexual violence fractures lives and families. The journey to recovery is a complex one, and as our report makes clear, it,

“depends greatly on the individual victim and survivor’s situation and needs”.

Access to justice will always be the most central part of that. Yet for men and boys, getting justice—and seeing that justice is done—is well-nigh impossible when they incriminate themselves by reporting a crime.

The same is true of access to vital health services. As male victims of sexual violence are in most places omitted from the mainstream narrative on wartime sexual violence, policy responses—and indeed information for victims—consistently fail adequately to address, or most often ignore entirely, the specific needs of male survivors. We heard from leading psychologist Dr Michael Korzinski about a study of 4,000 NGOs across the world that deal with wartime sexual violence, which found that only 3% mentioned men and boys in their information materials. Much more could be done to make sure that these NGOs highlight male victims in their literature and publicity material, with advice specifically tailored to their needs.

Another area where progress can be made is with the team of experts, which is a key mechanism for our efforts on capacity building for national judicial systems. Although its membership is small in number, the work of the ToE is of real importance. However, at the moment it is clear—as we heard in evidence from War Child UK—that members have not received any child safeguarding or protection training, including responding to sexual violence against men and boys. We recommended that such training should be mandatory. In their response to us, the Government said that expertise on men and boys exists within the ToE, but I think that we need to look closely at how that expertise is used and whether it is sufficient, particularly in view of the scale of some of the problems that we have identified.

One of the overriding problems in dealing with sexual violence against men and boys—as with all victims, as we have heard—is stigma. We heard a great deal of distressing evidence on this issue and our report has much to say about it. It is not a matter with which the UK alone can deal but we can show the way. For instance, much more can be done if we seek proactively to help organisations and associations which undertake outreach mechanisms and which, in the words of the Refugee Law Project “sensitise communities regarding the existence of male survivors”.​

Finally, I want to highlight the particular problems of lesbian, gay, bisexual and transgender communities—highlighted by the noble Baroness, Lady Tonge—in dealing with sexual violence in conflict. LGBT people are, tragically, particularly vulnerable to these hateful crimes. We heard, for instance, from Professor Lisa Davis how “epidemic levels” of sexual violence and murder had been committed against LGBT persons in the Daesh conflict, while Human Rights Watch highlighted these serious threats in Iraq and Syria. These victims face, in effect, a double stigma: being victims and being members of the LGBT community. This is of course compounded by the fact that, in many countries which have been the scenes of conflict and violence, homosexuality is criminalised. These include places such as Angola, Somalia, Liberia, Eritrea, Sri Lanka, South Sudan and Afghanistan, among many others—shamefully, far too many of them in our own back yard of the Commonwealth.

Therefore, for obvious reasons, we have huge gaps in our knowledge of the impact of sexual violence in conflict on LGBT communities. More needs to be done to identify the specific needs of these communities and the best way to address them. We were not able to look into criminalisation but it is a vital aspect of the problems faced by many minority communities. The Government have, to their real credit, done a huge amount in recent years to bring pressure to bear on the countries that criminalise to bring an end to this horror, and the Minister has been at the forefront of those initiatives. I pay a huge tribute to her and to my noble friend Lady Verma for all the work they are doing. Will my noble friend reiterate the Government’s determination to continue that vital work, particularly in the Commonwealth, where criminalisation flouts the terms of the Commonwealth charter, as well as international human rights laws, not least, in this context, because of the impact on so many deeply vulnerable victims of sexual violence?

That is a long-term goal, and indeed a lot of what we covered in our report is also for the long term. However, I emphasise that we should remember that, for many, the long term is too late. As my noble friend Lady Nicholson said, although a great deal of what we were able to look at related to historic crimes—dating back, for instance, to Bosnia-Herzegovina—the horror of sexual violence in conflict is with us right now. These crimes are being perpetrated, even as we debate this evening, in Iraq and Syria, and there is a need for immediate action to alleviate suffering, as well as a long-term strategy for tackling this horror.

This report, I believe, provides ideas and proposals in a wide range of areas which will help us meet those ambitions, and I am very pleased that the Government have been able to welcome much of it. I know that I and all my colleagues on the committee will look forward to working with my noble friend to do what we can to bring this hateful war crime to an end, to gain justice for those who have been affected, and to bring help and support to those still suffering in the midst of horror.