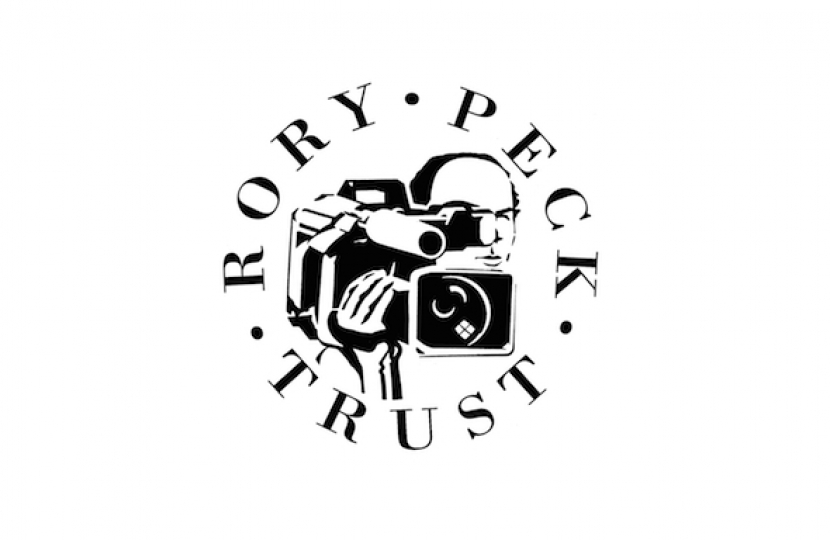 Lord Black of Brentwood announced as Patron of Rory Peck Trust London, Thursday 9 September 2014. Today, the Rory Peck Trust - the only organisation dedicated to the assistance, support and welfare of freelance journalists and their families worldwide - announced the appointment of Lord Black of Brentwood (Guy Black) as its new Patron. He takes over from Lord Salisbury, who is stepping down after 19 years in the role.

Lord Black brings with him a wealth of experience from his work in newspapers, media and politics. He is currently Executive Director of the Telegraph Media Group and Chairman of the Commonwealth Press Union (CPU) Media Trust. He is a passionate defender of press freedom and free speech in the UK and across the Commonwealth.

From 1996 - 2003 he was Director of the Press Complaints Commission, and from 2003-2005 he was Director of Communications for the Conservative Party. He is an active Member of the House of Lords and speaks regularly on matters such as freedom of speech; animal welfare; gay equality and music education. He is also a Churchwarden of St Bride's Church, Fleet Street and a Trustee of the Imperial War Museum.

The Trust's Director, Tina Carr said, "On behalf of the Trust, I would like to thank Lord Salisbury for his friendship and support for the Trust over the last two decades. I am delighted to welcome Lord Black as the our new Patron. In the short time he has been involved with the Trust he has already played a hugely significant role, helping us to engage with a new group of potential friends and supporters. His experience of press and politics, and his passion for freedom of speech will be invaluable to us. I look forward to working with him."