"Impunity for those who murder or attack journalists must end" 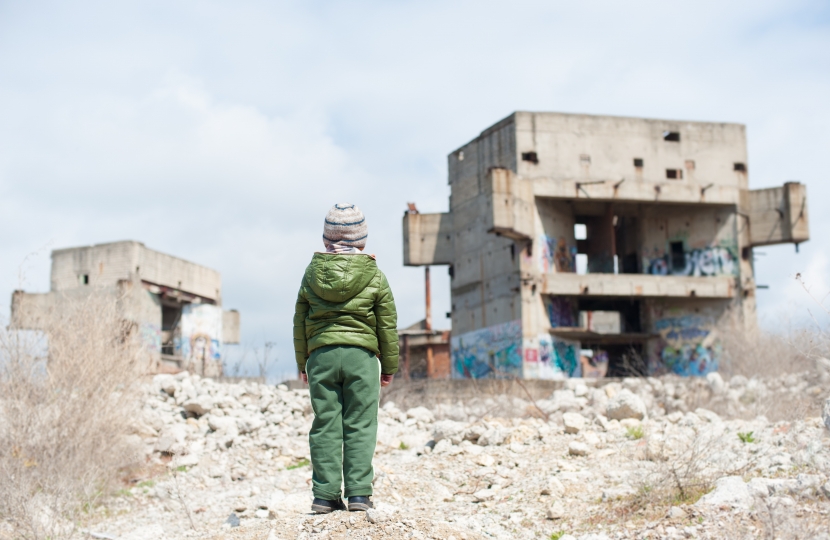 In a Question in the House of Lords on 22nd January, Lord Black called for action to tackle the growing global problem of impunity for those who murder or attack journalists. He raised in particular the cases of Christopher Allen and Daphne Caruana Galizia, both murdered in the course of their work in 2017.

The text of the Question and Answer is as follows:

My Lords, I beg leave to ask the Question standing in my name on the Order Paper. In doing so, I declare my interests as a chairman of the Commonwealth Press Union and patron of the Rory Peck Trust, and draw attention to my other media interests.

The Minister of State, Foreign and Commonwealth Office (Lord Ahmad of Wimbledon) (Con)

My Lords, the United Kingdom condemns violence against journalists in the strongest possible terms. We launched the global campaign for media freedom in partnership with the Canadian Government, in November 2018, to shine a spotlight on media freedom and raise the costs for attacks on journalists. We remain closely engaged with authorities in both South Sudan and Malta on these cases, and are clear that all responsible must be held to account.

I thank my noble friend the Minister for that Answer. Is he aware that, over the last two years, 125 journalists worldwide have been murdered in pursuit of their work, often in direct retaliation for uncovering wrongdoing? Shockingly, virtually all these killings have gone unpunished, as democracies around the world fail to properly investigate them and bring perpetrators to justice—a failure which simply fuels further attacks. The brutal murders of Daphne Caruana Galizia in Malta and UK citizen Christopher Allen in South Sudan in 2017 highlighted the terrible human tragedy of such impunity. Does my noble friend agree that it is unacceptable that their families have not received justice? Is it not particularly intolerable that there has been no independent investigation into the vicious killing of Christopher Allen by government soldiers as he did his job bearing witness to conflict? As the Minister says, the Government are laudably committed to protecting journalists around the globe. Should they not live up to that commitment by ensuring justice for these families?

I first thank my noble friend for drawing attention to these important issues and pay tribute to his work in defending journalists and media freedom around the globe. He talked of the 2018 figure of 125 journalists murdered. While this remains a very deep concern, I note that the figure dropped last year—to 59, I believe. However, this should not provide for any sense of complacency. My noble friend draws attention to two particular cases. In the instance of Malta, judicial proceedings are under way. Let me assure my noble friend that we are providing full support to the family and have made representations repeatedly to the Maltese Government. On the tragic killing of Christopher Allen, I am sure that all noble Lords join me in once again conveying our deepest sympathy to his family. I assure my noble friend that we are working very closely with the United States and continue to press South Sudanese authorities on this case. Most recently, Her Majesty’s ambassador met the South Sudanese Defence Minister and raised the issue, and my colleague, the Minister for Africa, met the family directly.

My Lords, we should not forget that this is not just about people who have been murdered and killed and suffered judicial issues; there are a lot of journalists who have been imprisoned that we should be making representations about, including in countries such as Egypt. One of the problems with the Minister’s longevity in post is that he is responsible for taking forward a number of the initiatives that previous Foreign Secretaries have launched, one of which is of course the global media freedom campaign. I would like to hear from the Minister just how he is going to ensure that that campaign is sustainable, given that the Foreign Affairs Committee down the other end did not believe that it was—the conference cost half the budget. As we lead up to the Commonwealth Heads of Government Meeting in Rwanda, just what is he doing to ensure that the commitments he made at that conference are made by the Commonwealth Heads of Government in ensuring media freedom?

On the media freedom campaign, he is right to draw attention to the conference. There was a follow-up during high-level week where I, together with the Foreign Secretary’s envoy, Amal Clooney, and the Prime Minister of Sudan, launched a side event on this particular issue. We as the UK have committed over £4.5 million to this project and an additional £3 million over five years to the Global Media Defense Fund. As the noble Lord will know, we are working directly with the special envoy, Amal Clooney, the noble and learned Lord, Lord Neuberger, and the noble Baroness, Lady Kennedy, to discuss the legal dimension to the threats that journalists face. He is right to point out that it is about not just journalists who are killed but those journalists who are in prison simply for doing their job

My Lords, as the Minister knows, I have raised with him the case of Christopher Allen several times, initially at the request of Lord Ashdown. If the FCO is indeed to defend journalists, it needs to pursue this case more vigorously. Christopher was a dual US/UK national, but the FCO did not follow the correct procedures when his family requested help. I would like to know what formal investigation of that failing in the FCO has occurred, and whether the Minister will agree to meet the family to take the case forward.

My Lords, on the latter point, as the noble Baroness will know, of course I would be willing to meet the family. I suggest, as I said in my original Answer, that my colleague the Minister for Africa is also present, who most recently met with Christopher’s cousin. I assure the noble Baroness that, if there have been any shortcomings in our approach, we always take that issue very seriously. I am constantly looking at issues of consular assistance to ensure that we not only respond accordingly to citizens when a particular tragedy befalls them but offer them support afterwards. On this particular issue, we want to link the support that we are providing through legal expertise to journalists with how we can bridge the gap and support those families where, tragically, the journalists themselves have been killed.

I pay tribute to the noble Baroness’s work in this respect. She and I have spoken on this subject on a number of occasions and she knows my specific views. I support the fact that there are many translators who act in support of not just journalists but other parts of government and NGOs on the ground, and we should look to afford them protection. She mentions the UN Security Council. There are always challenges around getting a specific resolution passed, but I assure her that these discussions are taking place with my colleagues and with counterparts from other countries at the UN.

The Hansard source is here.