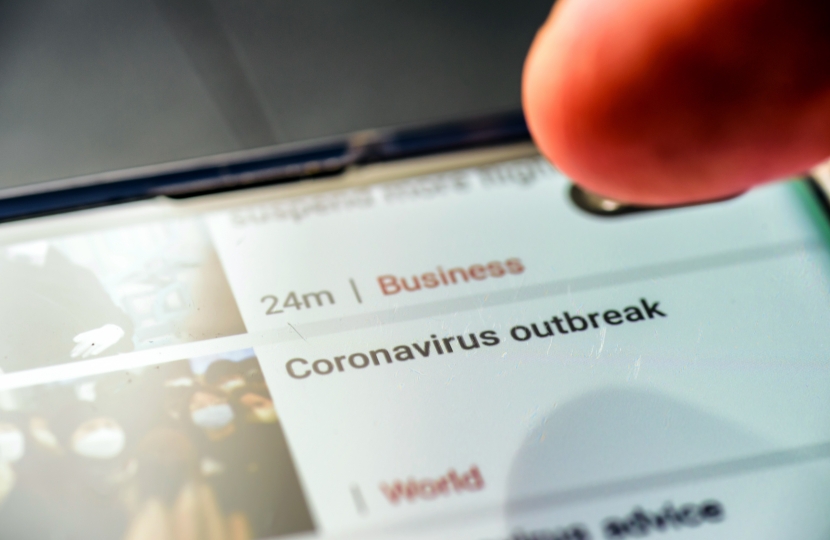 Over the summer, Lord Black has raised a number of issues in Parliament relating to the impact of the Covid crisis, specifically on:

The financial sustainability of Churches. As Master of the Guild of St Bride's, Guy said that supporting Churches and other places of worship should be a "strategic priority of Government" in view of their importance to civic society. He also attacked the extension of the Congestion Charge to Sundays saying: " it is folly to extend the congestion charge in London to Sundays and evenings, placing an intolerable price tag on worship for many who want to attend church services in London on a Sunday, or a concert in the evening, and making a desperate financial situation even worse." The text of the exchange is here.

Press freedom. Noting that "some 64 countries, according to Reporters Without Borders, are using Covid-19 to chill free speech and bully journalists, often using criminal sanctions," Guy told the Government that it is "urgent that there is co-ordinated international action to ensure that journalists have proper legal protection, including an end to impunity, and for the Media Freedom Coalition, which the UK Government helped to establish and now seems to be missing in action, to act forcefully and without delay, including with the publication of a national action plan." The full text of the oral question is here.

Animal charities. In a debate on charities, Guy highlighted the "huge challenges" facing animal welfare charities as the result of the crisis. These include pressure on funding, on vets and on increasing numbers of animals being abandoned. He added that "These charities are doing all they can to help, through, for instance, short-term fostering of pets where owners, including key workers, need respite care when they have been affected by the virus and, crucially, supporting victims of domestic abuse." The full text of the debate is here.

Music and musicians. In an oral question, Guy said that "Music, the bedrock of our creative economy, is in deep trouble. The virus has had a terrible impact on the sector, because music cannot exist without audiences and human contact, and both have disappeared along with the livelihoods of thousands of musicians," and noted that four in 10 creative organisations, where many hourly-paid musicians are employed, had seen their income drop by 100%. He called on the Government to establish "an urgent sector-specific package of financial support for music and the arts, similar to the €50 billion programme in Germany, to ensure that the sector and all those who work in it survive the emergency." The text of the oral question is here.