In praise of our animal welfare charities and their volunteer armies 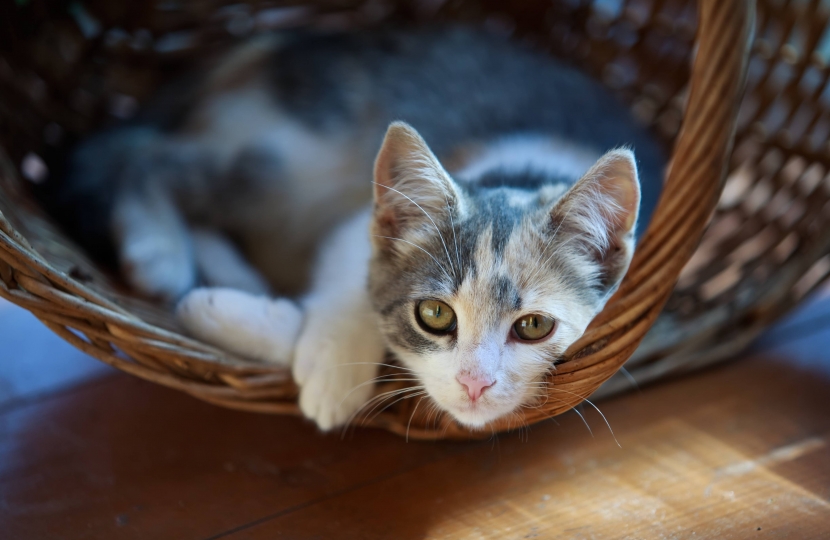 In a speech in a House of Lords debate on the role of charities in civil society, Lord Black praised the role of animal welfare charities, and paid tribute to the thousands of volunteers who work for them and to the vital service they provide. This is the text of his remarks.

My Lords, I join all other noble Lords in thanking the noble Baroness very much for initiating this debate and allowing us an opportunity to talk about one of the brightest jewels in the crown of our national public life, which is our charities. I should declare that a number of the bodies with which I am involved as a trustee are registered charities, and these are listed in the register.

For me, as we have heard so often during this debate, there is one golden thread which links together all those organisations which make up the rich tapestry of Britain’s charitable sector, and that is the care they give to the vulnerable and the needy and the voice they give them. I want to talk about one specific group that looks after perhaps one of the most vulnerable in groups our society—our pets and animals. I welcome this opportunity to pay a heartfelt tribute to the vital work of the UK’s animal welfare charities. I was delighted that the noble Baroness, in her opening remarks, was able to put over some of the vital points that they have made to her. A great deal of the work they do, and how they deliver it, is highly relevant to this debate and to the important issues that have been raised.

We are a nation of animal lovers and pet owners. More than half of homes own, between them, 9 million dogs, 11 million cats and many other types of pet, including a growing number of exotic animals. I am an unabashed cat lover, and there is nothing my husband or I would not have done over the years to look after the seven cats who have been in our care. Indeed, the ​vast majority of the UK’s pets are looked after extremely well, but not all are so lucky. We have a real problem with stray animals and with pets being abandoned, often due to economic circumstances or because owners failed to do research about caring for a pet before buying one online. Tragically, there is the ever-present horror of animal cruelty.

Those are the cases where our nation’s animal charities—to quote the noble Lord, Lord Foulkes, I think—go to the places that government cannot go to. That is where Cats Protection, Blue Cross, the Dogs Trust, PDSA, the RSPCA and Battersea Dogs & Cats Home step into the breach. The scale of the challenges they face, and of their achievements, is huge. Dogs Trust estimates that 100,000 stray dogs a year are handled by local councils, and it cares for a significant proportion of them—more than 15,000 last year. With cats, neutering is a real problem, and Cats Protection helped neuter 159,000 cats and kittens last year, in the largest companion animal neutering programme in the world, as well as rehoming 44,000 cats. For those pets in need of urgent medical attention, the PDSA provides more than 2.7 million treatments to pets every year, delivering wonderful care alongside the RSPCA and the Blue Cross.

For me, all these great organisations share five things in common which are central to the issues we are debating today. First, they are all civil society organisations that rely hugely on the tremendous, selfless support of volunteers—highlighted so well by my noble friend Lord Lingfield earlier on. Cats Protection, for instance, has 9,700 volunteers, the stalwart volunteers at Battersea Cats & Dogs Home last year gave 73,000 hours of service, and the PDSA saves £12 million each year thanks to its voluntary workers. Those are fantastic achievements.

Secondly, all the animal welfare charities are major providers of independent advice, information and education, helping people look after their pets responsibly and preventing neglect and cruelty. Blue Cross and Cats Protection last year spoke to more than 100,000 children and young people about responsible pet ownership, while the Dogs Trust ran more than 6,000 workshops in schools and youth clubs. That work would be much enhanced if young people were also to learn about these issues at school. If the Government could do one thing to help these very hard-pressed charities and their volunteer armies, it would be to make animal welfare part of the national curriculum in primary schools. Would my noble friend perhaps be able to look afresh at that?

Thirdly, these organisations all provide services that government cannot provide and which otherwise would not exist, including Blue Cross’s Pet Bereavement Support Service, Cats Protection’s Paws to Listen helpline for those struggling with the loss of a cat, and the Dogs Trust’s Hope Project, which helps the dogs of homeless people—all important services provided with no burden on the taxpayer.

Fourthly, these charities are an invaluable source of data and information for government, and also provide front-line services which help deliver on public policy. The best example is probably compulsory microchipping of dogs, where charities campaigned for the change—and it was absolutely right that they had the ability to do ​so—and have now undertaken to deliver much of the chipping. Hundreds of projects nationwide are now involved in implementing this policy. Such has been the success of the initiative, I believe there is now a case to make microchipping of cats compulsory, too.

Another area where the sector works in partnership with government is in making online pet advertising more responsible, with excellent results. Thanks to the work of the Pet Advertising Advisory Group, more than 100,000 irresponsible advertisements—for instance, those advertising pregnant animals—have been removed from websites. Provision of data which government does not or cannot collect, for instance the PDSA annual benchmark about the well-being of companion animals, is also crucial in informing the development of policy and shaping future legislation.

Finally, perhaps the most important characteristic that all these charities share in common is that they provide a vital independent voice speaking out for animals and making sure they remain on the political agenda, and we must ensure they continue to have the ability to do just that. That message has come through loud and clear in the debate today. They all have skilled advocates researching issues, advising government, pushing for change and indeed holding us all to account for the delivery of policy. That is a hugely important role, and one we should cherish and encourage. We should not add any further regulatory burdens on to them.

We all know that our pets provide pleasure, companionship and a unique form of unconditional love which enriches our lives. We should do what we can to repay that. So let us salute the work of all those charities which, in advising and working with government, providing vital services at no cost to taxpayers, helping to educate young people and, above all, acting as champions for the voiceless, are a crucial part of the fabric of our civil society. These organisations do so much to care for some of the most vulnerable creatures in our society.