Please take two minutes to help save the free press 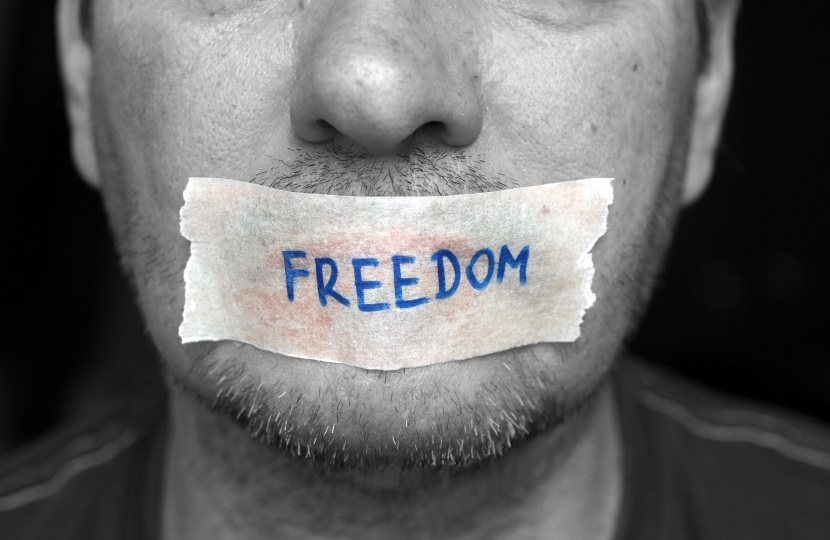 Many of my friends will be aware of an extremely serious threat to press freedom and free speech we are currently facing. I am asking for your your urgent help in seeing it off. Please just take two minutes to read this posting and take part in a very quick consultation. Your voice really will make a difference.

The background to this clear and present danger is this. After the Leveson Inquiry, Parliament rushed into place the Crime and Courts Act 2013. If a particular part of that Act - Section 40 – is brought into force, publishers who are not part of a Government “approved regulator” face having to pay ALL the costs of libel or privacy actions brought against them, even if they win the case.

The effect of this would be to encourage people and organisations to take spurious legal actions against newspapers and magazines knowing that they have no financial risk themselves. As a result, all publications could face crippling costs for telling the truth because we refuse to submit to state regulation of the press. It is an unacceptable assault on free speech and manifestly unjust.

The entire industry is opposed to state controls on the press and to Section 40 of the Act, which would seriously damage all publishers, from the largest to the smallest. It would inhibit our journalism, fatally undermine our investigative reporting and – because of the costs involved – have a massive impact on our commercial viability, at a time when we face enormous commercial pressures elsewhere. It would also put us at a huge disadvantage to broadcasters and social media who are not covered by this.

The Government is currently consulting on whether or not to introduce Section 40 and it is vital that all those who care about press freedom and quality journalism take part in that survey to express their opposition.

The survey asks whether this dangerous piece of legislation should be repealed, which is what I strongly support. Another part of the survey covers the Leveson Inquiry and whether Part II of it should be terminated. I believe it should be brought to an end because all the issues have been covered in existing trials, and any further continuation would be a massive distraction the industry can ill afford.

I am therefore asking for your help in responding to the consultation – and I would encourage you also to get your family, friends and others who may be interested to take part as the volume of responses will be important.

Filling out the form will only take a few minutes. It is mostly a tick box exercise, although there is space for you to make some comments if you would like to – but you don’t have to. You can find the form here. Scroll down to “Ways to Respond” and you can respond on line.

The survey closes on 10th January, but I would urge you to try to get this done before Christmas if you can.

I am so grateful for your help. I can't over-state how dangerous this threat is - and how little time we have to see it off.