Meet LUCA, the tiny bundle of joy who has strayed into our lives 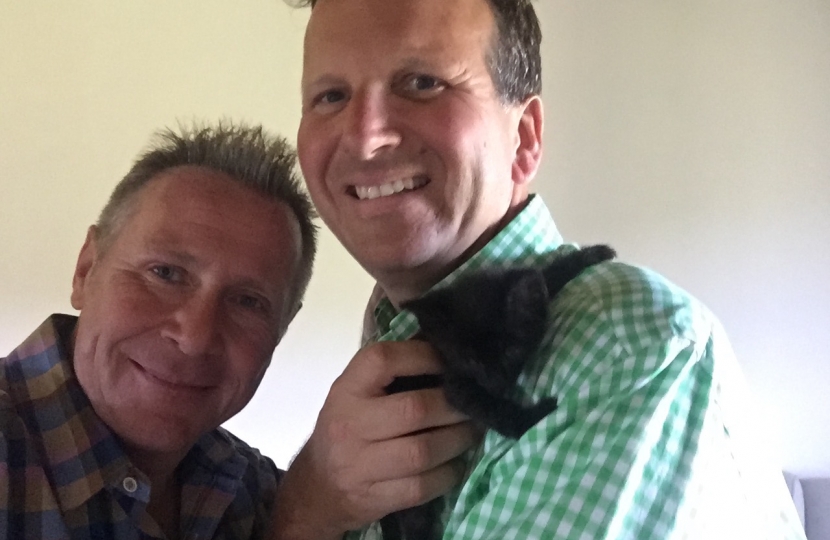 A week last Monday (8th August) we found this tiny bundle of fur by a wood pile at our house in Italy. His eyes had not yet opened, he was scared and desperate for food and was very poorly.

Two days earlier there had been a most almighty storm which went on for many hours, and we can only assume that he was separated from his mother. We waited for what seemed an interminable period to see if the mother would return but she didn't. So we took him in. A local vet said he was not more than a week or ten days old. He said he was in good working order - but needed love and attention.

After a tricky 24 hours - at points we didn't think he would make it - his bright blue eyes opened and he came back to life. We found him on a Monday ("Lunedi") after a remarkable bright red moon - following the storm - the night before: so that's why we called him Luca.

He is still very tiny and fragile, but his dark brown fur is beautiful, he is incredibly playful and now eating from a bowl. He has already turned our lives upside down - he has to be fed every three hours, day and night (I am on the 2.30am shift and Mark on the 5.30am) - but there is nothing we wouldn't do to care for him.

Quite apart from the love he has brought us, the whole story also underlined for us the vital importance of providing safe havens and shelters for cats and kittens in need - which is what Cats Protection (who were marvellous on the phone in giving advice on the day we found him) does in the UK, and International Cat Care does internationally. Ironically - and wonderfully - the day we found him was International Cat Day.