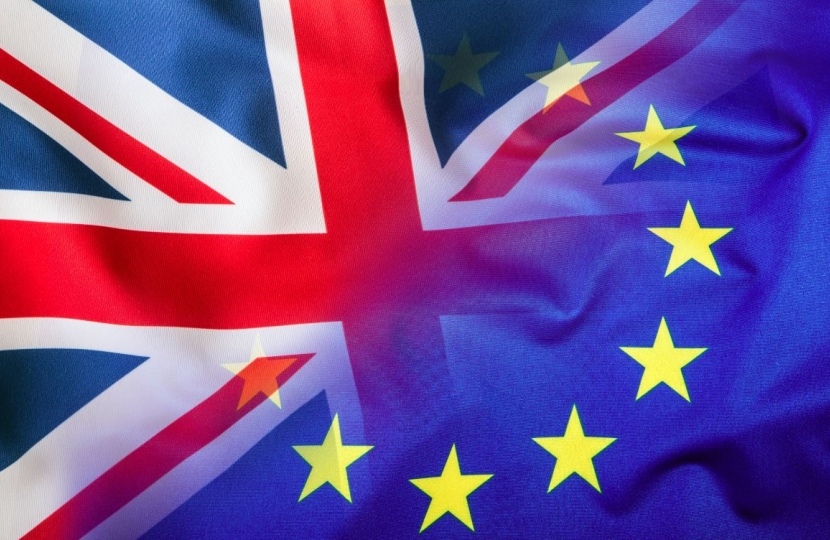 Ten reasons why I, as a Eurosceptic, patriotic Conservative, am passionate about REMAIN

I love my country and I want it to prosper and flourish. But it can only prosper as part of the biggest single market in the world. Leaving the EU would wreck the economy, push up prices for families, destroy jobs and put us all through another recession we do not need. Why would we bring that down on ourselves?

I love my country and I want it to be at peace. Until 1945 Europe had been wracked by war for 200 years with countless souls killed on its bloody battlefields. Since the EU was formed there has been no conflict among EU nations - the only time this has happened in the long history of Europe - because part of its role is to bind nations together to make wars between the people of Europe impossible. Why would we put that at risk?

I love my country and I want it to be a place of harmony and tolerance. Europe is a place of huge diversity, culture and history, and being part of it makes us part of something quite extraordinary. But those wanting us to leave the EU are breeding an atmosphere of hate and intolerance which, if we leave, will poison our politics for ever. Why would be want to do that?

I love my country and I honour the memory of those who fought to save it and make it strong and safe. My Father fought in World War II and was disabled for the rest of his life as a result of injuries he sustained. He and that generation - as my hero Churchill himself made clear - wanted us to play our full part in Europe, not be divided from it. Leaving the EU - which would inevitably mean independence for Scotland and probably a united Ireland - would leave England and Wales an isolated rump on the fringes of Europe without power and influence in the world. Why would we want a future of isolation and uncertainty as Little England, rather than being a United Kingdom and part of the largest and most powerful trading bloc in the world?

I love my country and I want it to be secure. As countless security and military chiefs have made clear, being part of Europe allows us better to protect ourselves. Leaving the EU would undermine our security services, undermine NATO and make us all less safe. Why would we want to put lives at risk?

I love my country, its music and its creative industries, and I want them to flourish. Being part of the EU means we can attract the most talented musicians to our shores, allowing them to be part of one of the most vibrant artistic places on earth, and enriching our lives as a result. Leaving the EU would seriously damage our arts, in London in particular, something which would make us all poorer as a result. Why would we want to diminish our quality of life in this way?

I love my country and I want it to care for those who are sick or frail. I know many people with cancer, with diabetes, with HIV and many other diseases who benefit from the drugs and the treatments that have been pioneered through the EU. Those working in the pharmaceutical industry make clear that leaving the EU would be a body blow for those pushing the boundaries of medical science in a way which would harm those in need of care. Why would we want to put the health of our family and friends in jeopardy?

I love my country and I want it to welcome those from overseas who work here and make our lives better. Immigration from the EU has been a wonderful thing, and we all have friends and colleagues who enrich our lives and our jobs - just as hundreds of thousands of us have the opportunity to go and live and work anywhere in Europe. That is a great thing. Leaving the EU would deprive of us of many of the skills we need here, and deny students and children the opportunity to work anywhere in our great continent. Why would we want to rob the next generation - and those not born - of that golden chance?

I love my country and, as a gay man, I want it to be a place of equality for all. Membership of the EU has helped us secure many of the most fundamental rights for LGBT people, rights which have improved our lives. Leaving the EU will cut us adrift from the engine of equality and fundamental rights. Why would we want to turn our back on that amazing progress?

I love my country and I love Europe, too and I want us to be stronger together. Europe is an extraordinary place - from the canals of Amsterdam, to the vineyards of Bordeaux, from the home of music in Austria to the glory that is Greece and the splendour that is Rome, from the boulevards of Barcelona to the red roofed city of Tallinn - and we should play our full part in its future. EU membership gives us that. Leaving the EU would leave us only as a spectator - dependent on visas to go and visit the countries we now take for granted. Why would we want to cut ourselves off from all that?

It is for all these reasons that I am rejecting the politics of nostalgia and division, and voting for hope and oppportunity, voting for tomorrow, voting for the younger generation who have so much to gain from being part of the EU and so much to lose if we left it – and voting REMAIN.