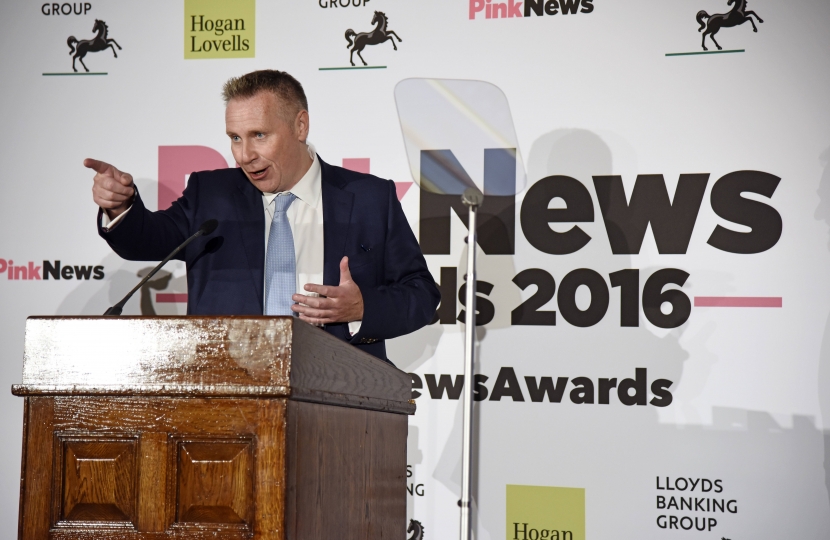 Lord Black was awarded the title of "Peer of the Year" at the 2016 PinkNews Awards on the 26th October.

The PinkNews Awards celebrate the contributions of politicians, businesses and community groups towards what has been another historic year for LGBT equality in the UK and around the world.

"Guy Black has continued to use his seat in the House of Lords to raise significant issues relating to LGBT rights. Over the past year, Guy has continued his long standing campaign to outlaw reparative, so called 'gay-cure' therapy.

"This year, Guy has also turned his attention to HIV prevention and treatment, along with decriminalisation efforts around the world".

“I am humbled - and honoured - to be named 'Peer of the Year' at the Pink News Awards for what little I have been able to do, with the support of colleagues from all political parties, to promote LGBT equality.

"So much has been done – yet there is so much to do on homophobic bullying, banning gay conversion therapy, tackling criminalisation in the Commonwealth and above all bringing about the end of HIV.

“Many thanks to Pink News for all they do to promote this vital agenda.”

More details about the awards and other winners is avaliable here