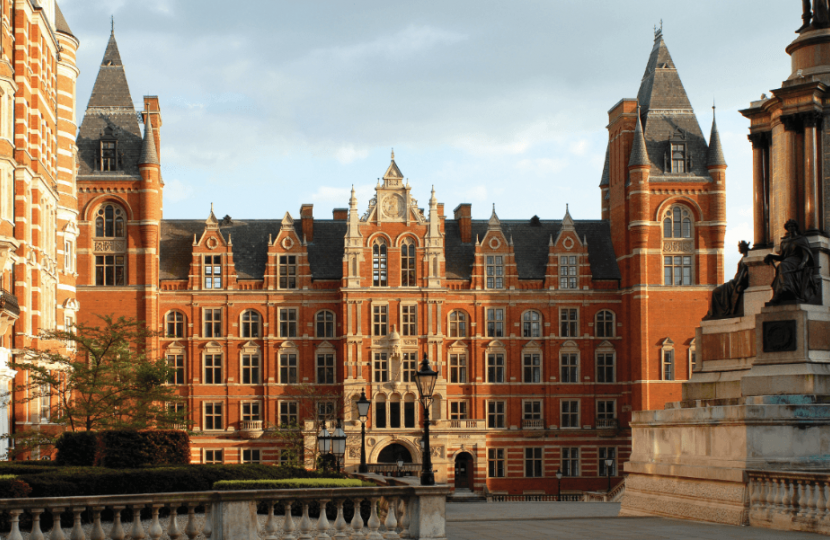 The Royal College of Music (RCM) is delighted to announce that it has appointed Lord Black of Brentwood to the position of Chairman of Council, effective from August 2017.

Lord Black has been a member of the Royal College of Music’s Council – the governing body responsible for all aspects of the RCM’s strategy and the supervision of its management – since 2009, and takes the Chair as Professor Lord Winston’s tenure comes to an end after ten years.

Best known as the Executive Director of the Telegraph Media Group, Lord Black’s career has spanned politics and the media, including as Director of the Press Complaints Commission and Director of Communications for the Conservative Party. He is also Chairman of the Commonwealth Press Union Media Trust, which seeks to preserve and enhance media freedom throughout the Commonwealth, and is a Governor of Brentwood School.

Lord Black is a lifelong music-lover, with a particular passion for the music of Schubert. He is currently Chairman of The Hanover Band and has been a Trustee of the Mayor of London’s Fund for Young Musicians. Since joining the Council of the Royal College of Music, Guy has made an enormous contribution to the life and work of the RCM and is himself a significant donor to the scholarship programme.

Guy was made a Conservative Life Peer in 2010 and is the first openly gay Conservative peer. He makes frequent contributions in the House of Lords on issues such as music education, animal welfare, LGBT rights in the UK and internationally, and public health issues including HIV. Earlier this year he was awarded an Honorary Fellowship of the Chartered Institute of Public Relations in recognition of his contribution to the communications industries.

‘As one of the world’s leading conservatoires, the Royal College of Music is a jewel in the crown of the UK's artistic and creative life. The challenges facing all of us who love music and believe passionately in the future of music education are enormous. I am deeply honoured to have been chosen to succeed Professor Lord Winston as Chairman of Council and look forward to continuing to ensure the RCM provides a world-class education for this and future generations.’

The Royal College of Music (RCM)

Founded in 1882, the RCM is a world leading music conservatoire with a prestigious history and contemporary outlook. Our 800 undergraduate and postgraduate students come from over 60 countries and are taught in a dynamic environment, leaving the RCM to become the outstanding performers, conductors and composers of the future.

In 2016, the RCM was ranked by The Guardian as the leading Higher Education Institution in the UK for studying music, as the top UK conservatoire, second in Europe and third in the world for the Performing Arts in the QS World University Rankings and as the top UK conservatoire in the Complete University Guide’s Arts/Music Institution League Table 2017.

RCM professors are leaders in their fields and, under such expert guidance, RCM students regularly achieve remarkable success around the globe.