“Holding the Torch High”: tribute to the Canadians who fought and died in WWI 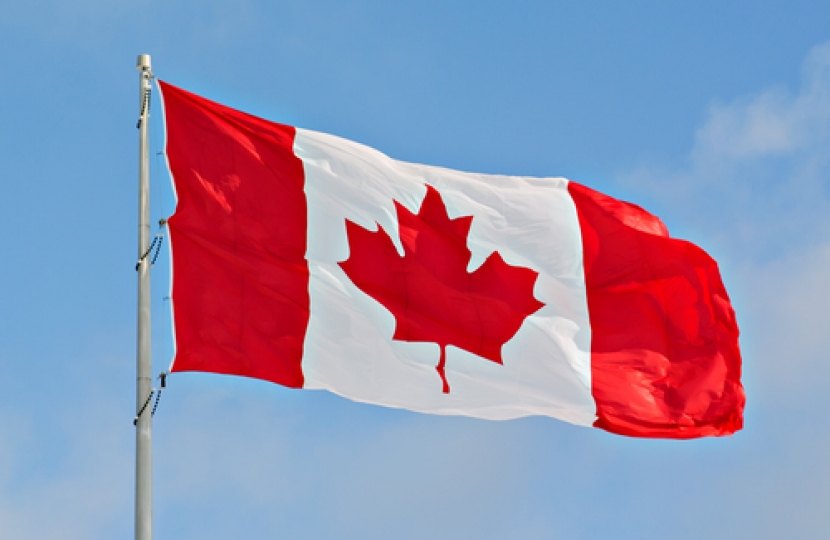 “Holding the Torch High”: Lord Black pays tribute to the Canadians who fought and died in the Great War as the Lords commemorate the role played by Empire and Commonwealth

On 4th June, the House of Lords commemorated the role played by Empire and Commonwealth troops during the First World War in a ninety minute debate.

Lord Black spoke about the vital part played by Canada, and in particular the 630,000 Canadians who enlisted during the four years of the conflict. He highlighted the Battle of Vimy Ridge, the Battle of Hill 70, the Somme and Passchendaele.

The full text of his remarks follows.

My Lords, we are all indebted to my noble friend Lord Lexden for initiating this debate. I have known him for more than 30 years, yet the enormous historical knowledge and insight which he brings to bear on the work of this House never ceases to amaze me. I declare an interest as a trustee of the Imperial War Museum Foundation.

Because of a family connection, I want to speak about the colossal contribution to the war of the Canadian people. In 1914, Canada was still a young country—just 47 years old—but it answered the call to arms with vigour. At the onset of war, its permanent armed forces numbered fewer than 4,000 people. By war’s end, 630,000 Canadians, an extraordinary figure in a population of just 8 million, had served as members of the Canadian Expeditionary Force. Some 172,000 were gassed or wounded and another 57,000 were killed in action or died of their wounds. Of particular note was the role played by the indigenous peoples of Canada. Almost one-third of First Nations people in Canada aged between 18 and 45 enlisted: a hugely impressive contribution, given the way in which so many had been treated in the past.

It is, of course, the Battle of Vimy Ridge in April 1917 which has come to characterise the heroism of Canadian troops during the Great War: the moment said by many to mark Canada’s coming of age. It was indeed a stunning Canadian victory, with all four fighting divisions of the CEF fighting together for the first time, at a place where more experienced British and French troops had suffered nothing but defeat. It was one of the most formidable positions on the front and the bravery of the soldiers secured the Canadians’ reputation as the shock troops of the British Empire. The troops took the seemingly impregnable ridge in just four days of fierce fighting and, with 10,000 dead, it was held until the end of the war, forcing the Germans into a retreat in the Arras sector from which they did not recover. Quite justly, Canadian Prime Minister Mackenzie King later said here in Parliament:​

“History will look upon the battlegrounds of the Great War as the place of sacrifice. Among the number, no altar will be more conspicuous through the years than Vimy Ridge”.

Yet Vimy was just one of the tales of sacrifice and heroism by Canadian forces that punctuated the four years of the war. Let us also remember their role in the second Battle of Ypres in 1915, when they faced chlorine gas for the first time yet succeeded in stopping overwhelming German forces; the part they played at Passchendaele, when the 1st and 2nd Canadian Divisions succeeded in capturing the fateful village in a final action after months of brutal fighting. During the Battle of Hill 70, under the leadership of Lieutenant General Sir Arthur Currie, artillery was used to huge effect to destroy wave after wave of German attacks—a vital tactical achievement in support of the massive Fifth Army offensive in Flanders. Finally, there is the Canadians’ profoundly important role in the Hundred Days Offensive between August and November 1918 when, as my noble friend mentioned, 100,000 Canadian troops engaged elements of some 47 German divisions, one-quarter of their fighting strength.

Canada played its role in the war in the air and at sea as well. Hundreds of young Canadian men trained to become pilots in the British flying services, and by war’s end a quarter of all the pilots in the RAF were from Canada.

As my noble friend said, the intensely special position of the artists, musicians and poets who died in the War has been highlighted in a number of commemorative debates. It was, of course, a Canadian officer, Lieutenant Colonel John McCrae, who wrote one of the most famous and moving poems of the war, “In Flanders Fields”, in memory of a friend who died at the second Battle of Ypres. It concludes:

“Take up our quarrel with the foe:

To you from failing hands we throw

The torch; be yours to hold it high

If ye break faith with us who die

We shall not sleep, though poppies grow

The hundreds of thousands of Canadians, alongside countless others from across the Empire and Commonwealth, whose stories we have been privileged to hear today, did indeed hold the torch high, and through their sacrifice and courage helped us secure victory in November 1918. This House does well to remember them all today.