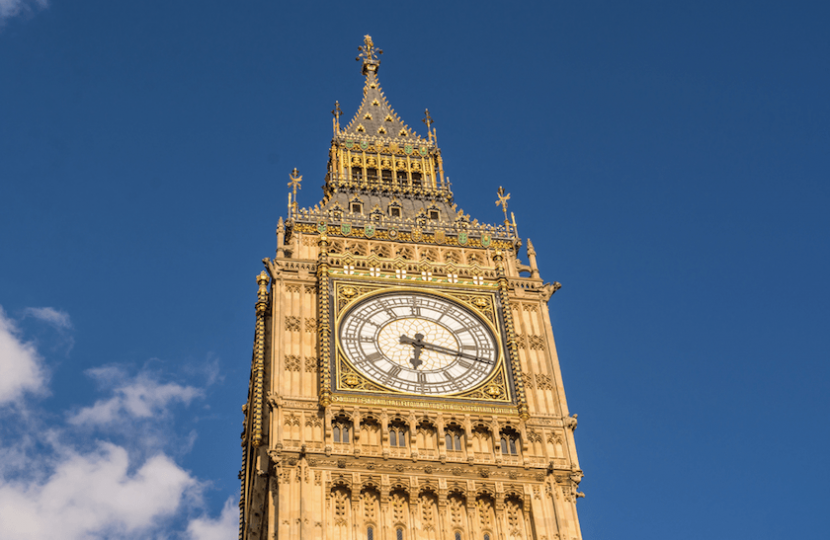 Lord Black spoke during the passage of the Data Protection Bill about how it lacks sufficient safeguards for journalism and that protections for free speech must be strengthened.

The Bill is the first overhaul of the UK's data protection legislation in nearly twenty years, and it implements the EU's General Data Protection Regulation (GDPR).

My Lords, it is a privilege to follow the noble Earl, who has brought so much wisdom and passion to the issue of child protection, which is rapidly becoming the leitmotiv of this debate—and rightly so. My comments will be about something slightly different: the impact of the Bill on journalism and the right to freedom of expression. I declare my interest accordingly as executive director of the Telegraph Media Group and draw attention to my other media interests in the register.

I first had the dubious pleasure of becoming involved in the issue of data protection more than 20 years ago, when the EU data protection directive was introduced in 1996. During the passage of the Data Protection Bill which implemented it, my noble friend Lord Wakeham, then chairman of the Press Complaints Commission, set out in his customary cogent fashion why that directive was potentially so grave for press and media freedom. He identified two key issues with the directive, and it is worth repeating what he had to say, because those issues are, if anything, more relevant today than they were then:

“The first is that the directive’s definition of ‘personal data’ is extremely wide, covering virtually any information relating to an individual, including details of political opinion, trade union membership, racial or ethnic origin and philosophical beliefs. ​The second is that the definition of processing specifically includes, for the first time, the use of material for journalistic purposes; and in turn journalism, of course, relies on the use of all the information covered by the directive. The very real danger in the combination”,of the two is that it,

“could be used to introduce a regime that would gravely damage the freedom of the press, undermine investigative journalism”.—[Official Report, 2/2/1998; col. 462.]

What became the Data Protection Act 1998 avoided such a dismal fate, and indeed through Section 32 struck an appropriate, clever and enduring balance at the time between the right to privacy and the right to freedom of expression. That was in so many ways down to the guiding hand of Lord Williams of Mostyn, who is still much missed in this House. He went out of his way to consult the industry and respond to its concerns. I remember with affection many meetings with him, not least as he was able to make the issue of data protection amusing, which is no small feat. To pick up on the comments of the noble Baroness, Lady Lane-Fox, I do not know whether he would have been able to make it comprehensible—that may have been a challenge too far. But at the end of the day, he succeeded in ensuring that the legislation balanced the right to privacy with the right to free expression, which he treasured so much. We have heard a bit about that in today’s debate.

This Government have been equally as determined as Gareth Williams was to ensure that freedom of expression is protected and have consulted widely all the interested parties. I am particularly grateful to the DCMS Ministers Karen Bradley and Matt Hancock for their understanding and patience in this area of protection not just for journalism but for literary, artistic and academic activities. Great credit is due to all those who were involved in the long and often deeply tortuous negotiations over the general data protection regulation, who ensured that it makes absolutely clear that member states must provide for exemptions and derogations carried out not only for journalistic purposes, but for the purposes of academic, artistic and literary expression as well. Recital 153 of the GDPR is particularly welcome and important as it explicitly recognises how protections for freedom of expression, “should apply in particular to the processing of personal data in the audiovisual field and in news archives and press libraries”, and ought to be reflected in the Bill.

The Government have gone to considerable lengths to consult widely on the UK’s implementation of the exemptions and derogations in the directive and have clearly stated, as I am sure the Minister will reiterate again today, that:

“Processing of personal data by journalists for freedom of expression and to expose wrongdoing is to be safeguarded”.

That is what Part 5 of Schedule 2, relating to the exemptions for freedom of expression and information, alongside other clauses in the Bill, seeks to do.

Such protections are vital for us as citizens, who depend on a free press to hold those in positions of power to account. As importantly, particularly in a post-Brexit world—and we have heard a lot about that world today—proper implementation of the exemptions is essential to the continuation of the UK’s shining role ​as a world leader in the creative, cultural and communications sphere. For all those reasons, it is imperative that the existing protections in the 1998 Act are not just maintained in this legislation but enhanced, and applied consistently throughout the Bill.

I specifically use the word “enhanced” because, through no fault of the existing legislation, which was extremely well crafted, the defences inherent in Section 32 of the 1998 Act have begun to erode. That is mainly an unintended consequence of the Defamation Act 2013, with the passage of which many noble Lords here today were involved. That legislation, so carefully scrutinised in this House, has done much to stop trivial and vexatious libel claims in the courts, but regrettably some people, who are now no longer able to bring libel proceedings, have begun to stretch the boundaries of other laws to do so. Data protection is fast becoming an alternative remedy for those who wish to blunt investigative journalism or seek to launder a justly bad reputation by removing articles from the online record. That is something that we have heard a bit about today.

One issue that we should consider is whether the carefully sculpted defences set out in the Defamation Act 2013 could somehow be replicated in this legislation and applied to data protection claims. It also cannot be right for the Information Commissioner to have the power, set out in Clause 165, to fund legal claims against those pursuing literary, artistic, academic and journalistic activities; that power runs counter to the aims of the Defamation Act. No other sector of activity is singled out in that way, and there is no case for it.

Inevitably as the Bill is scrutinised, much of the devil will be in the detail, as the noble Lord, Lord Storey, said. A number of specific issues—many of them, I suspect, inadvertent or unintended—ought to be addressed if the Bill is not to have a restrictive and damaging impact on freedom of expression, and particularly on the media’s operations, all the way from the initial investigation of a story to the eventual archiving of material. For example, we need to ensure that the investigation and enforcement powers of the Information Commissioner, particularly in the area of pre-publication activities, are not extended, and that the existing checks and balances, which have worked extraordinarily well in the current regime, are rigorously maintained in this legislation, not reduced. If not, there is a danger that the commissioner could become some form of statutory press regulator, which is not what I believe the Government intend, and which most of us would believe to be abhorrent in a free society. Similarly, there needs to be explicit protection for academic, literary and media archives, including a transparent and effective regime for the assessment of “right to be forgotten” requests relating to internet search records. Those records are not just the “first draft of history”; they often now comprise the only record of significant events, which will be essential to historians and others in future, and they must be protected.

We also need to remember that, far more so even than was the case back in 1996, the media today, as with all artistic activities, are completely global. All those processing data for special purposes need to be ​able to be able to receive and share certain personal data rights across the world. That is particularly true in relation to the protection of sources, and contact or email exchanges with them. We should never forget in this House that in some parts of the world, even partial release of sensitive information can have the most appalling repercussions, putting the lives of sources and reporters in grave, often mortal, danger. The protections and exemptions in this area need to be put in place and be absolutely watertight. Quite apart from the personal risks involved, investigative journalism such as that on the Panama papers could become quite impossible if we did not get this balance right.

I am conscious that I have been talking specifically about Article 10 rights on freedom of expression, but I absolutely understand that those have carefully to be balanced with other rights. My noble friend the Minister in his opening remarks made that point extremely well. It is important to underline that none of the points that I have raised here would in any way undermine an individual’s right to privacy, safeguarded by Article 8 of the convention. These limited changes would continue fully to protect that right, while providing much greater clarity and certainty for those processing data for the special purposes. Therein lies the effective balance which characterised the 1998 Act and which should, I believe, be the guiding principle and hallmark of what will inevitably become the Data Protection Act 2018.

I spoke earlier about the Government’s commitment to consultation on the detail of this Bill, and the constructive and open way in which they have worked with all those impacted in this area. I very much hope that the Minister will continue to undertake such work with all those who have an interest in this vital issue and that we can, during the passage of the Bill, make further amendments to protect what at the end of the day is the foundation stone of our democracy.