Atrial Fibrillation: "Good progress made on diagnosis and treatment but more needs to be done to save lives" 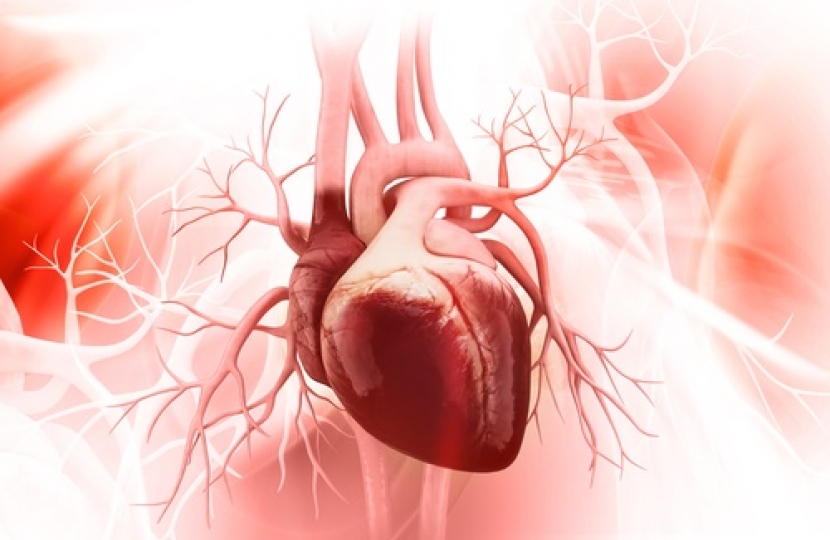 Atrial Fibrillation - "Good progress made on diagnosis and treatment but more needs to be done to save lives", says Lord Black

Leading a debate in the House of Lords on targets for treating people with atrial fibrillation on Tuesday 7th May, Lord Black of Brentwood said "good progress" had been made in recent years, but there were still problems with detection - one in five people with the condition, which if left untreated can cause stroke, is unaware of the fact, and with optimal management of the condition with appropriate anticoagulation.

This is the full text of the speech:

My Lords, I am most grateful to all noble Lords taking part in this important debate this evening.

Atrial fibrillation is a heart condition which causes an irregular and often unusually fast heart rate as a result of abnormal electrical signals in the heart. Because of the irregular rhythm, diagnosis is straightforward, through a manual pulse check at an ordinary GP appointment. It is easy to detect, the examination takes seconds and a range of effective treatments, including, where appropriate, anticoagulation, can be deployed.

Although sometimes uncomfortable, in itself AF is not fatal, but its sinister mischief is that it can lead to blood clots forming in the heart that can then enter general circulation and block arteries in the brain, causing stroke. As a result, AF is the root cause of one in five strokes in the UK, and people with this condition are five times more likely to suffer one than those with a regular heartbeat.

Strokes which arise from AF also tend to be more severe than other types of stroke and are associated with significant mortality and morbidity. In addition to the enormous human consequences of an AF-related stroke—for the patient as well, of course, as their families —treating and managing strokes places a huge financial burden on the National Health Service. The average health and social care cost of stroke in the first year after onset is estimated at £22,175, with accumulated costs of over £45,000 after five years. AF illnesses overall cost the NHS about £2.2 billion each year.

I have an interest in this subject as a result of personal experience. I was diagnosed 16 years ago with a form of AF, known as paroxysmal atrial fibrillation. It is brought on by sudden exertion such as running, which I therefore avoid. It happens to me but rarely; the last time it occurred was here in the House of Lords, when I was rushing too quickly up the stairs for a vote. Such is my devotion to my noble friend the Chief Whip that I am prepared to risk ill health for him. I am one of the fortunate ones, though, in that I was aware of the problem because it manifested itself with unpleasant symptoms. I received a swift diagnosis and have been on effective treatment ever since. My condition is well managed and monitored but some people are not so fortunate. For some, the condition is symptomless and undiagnosed, which is when it is at its most dangerous. For others, a diagnosis is made but they then receive inadequate treatment; the consequences of that can be cataclysmic. The debate today is about those people and what can be done to ensure that their condition is diagnosed and managed.

At the end of the day, while AF is a common condition with potentially serious consequences—it affects around 2.5% of the population in England—it can, with proactive diagnosis and effective treatment, be dealt with in a way which reduces the risk of stroke and minimises health and social care costs for the taxpayer. It is estimated that appropriate treatment with effective anticoagulation remedies averts one stroke in every 25. That is why clinical guidelines from NICE make it clear that people with AF should have their risk of stroke assessed and be offered anticoagulation remedies to help prevent the formation of potentially lethal blood clots.

We last had a substantive debate on this issue four years ago, I think. Since then we have seen good progress, to the credit of the Government and the NHS. In 2016, a menu of preventive interventions published by Public Health England set out an ambition to increase the optimal management of people with AF from 74% to 89% by 2021. More recently, the NHS Long Term Plan identified cardiovascular diseases as,

“the single biggest area where the NHS can save lives over the next 10 years”,

not least through better detection and treatment of high-risk conditions including AF, high cholesterol and high blood pressure in order to prevent 150,000 strokes.

As part of that process, NHS England and Public Health England have committed to new national goals for AF, the aim being to ensure that 85% of the expected number of people with AF are detected by 2029 and that 90% of those diagnosed with high risk are adequately anticoagulated by then. Those aims are absolutely laudable but as yet we have little clarity on how such ambitions are to be translated into local action within the NHS to improve patient outcomes. Can my noble friend the Minister let us know how the upcoming national implementation framework will support delivery against the cardiovascular disease prevention ambitions for AF, and how NHS England and Public Health England will measure progress against the goals for detection and management, and report on them?

Key to that ambition are two issues: diagnosis and treatment. I should like to say a word about each. First, it is estimated that in England about 1.4 million people suffer from AF, of whom 1.11 million have been diagnosed. That figure has improved significantly since 2015 but it still means that one in five people with a condition that has potentially fatal consequences is unaware of the fact. Ensuring that they are identified and risk-assessed is absolutely fundamental to reducing the number of avoidable strokes. A quick examination can have a huge impact on an individual’s life. In the absence of a national screening programme for AF, we need to ensure that GPs and healthcare professionals take every opportunity to undertake manual pulse checks, especially among at-risk groups such as the elderly. Can my noble friend tell us what steps are being taken to ensure that that happens, and what Public Health England and NHS England are doing systematically to ensure that individuals at risk of AF are diagnosed?

Once that crucial diagnosis is made the next hurdle is effective treatment through anticoagulation, particularly for those at the highest risk of stroke. The enormous benefits of anticoagulation are well recognised and clinical guidelines underline its importance. NICE recommends that people with AF at risk of stroke should be offered either warfarin or a non-vitamin K oral anticoagulant—a NOAC. All treatment options should be available to patients where clinically appropriate, but the terrible truth is that many high-risk patients are not receiving adequate treatment because they are getting no medication at all or an ineffective treatment such as aspirin. That has profound consequences.

National clinical audit data for stroke shows that in England in 2017-18, nearly 16,000 people were admitted to hospital with potentially avoidable AF-related strokes. Many of these incidents arose because there had been no diagnosis. Tragically, however, over 40% of these strokes affected people who had been diagnosed with AF but were not receiving an appropriate therapy at the time of their admission to hospital. This means that in the space of 12 months, there were 6,703 AF-related strokes that were potentially preventable. Just think for a moment of the shocking human consequences of that failure. The data shows that of those potentially avoidable strokes, because of a failure to anticoagulate, one quarter—1,723 souls—died in hospital. Another 46%, or 3,077 people, were discharged with severe or moderate disability of a kind which will have changed their lives, and those of the loved ones who care for them, for ever.

To address what is, I believe, an extremely grave issue of undertreatment, the national clinical directors for stroke and cardiovascular disease have made it clear that failure to prescribe an important treatment such as an anticoagulant needs to be seen as an error as serious as prescribing the wrong treatment. What consideration has been given by NHS Improvement to classifying stroke cases that occur in patients with diagnosed AF who were not receiving an appropriate treatment as a “Never event” that requires further investigation? Ensuring increased accountability and transparency in this area could be a vital step in addressing the problem of undertreatment.

My final point relates to the sub-optimal treatment of patients who have been diagnosed and are on an appropriate treatment. Regrettably, strokes among this group can, and still do, occur as a result of poor quality anticoagulation control and poor adherence to medication. At the moment, warfarin continues to be the most commonly prescribed therapy for AF: some two-thirds of patients are treated with it, compared to around one-third for NOACs. Whereas treatment of AF through a NOAC significantly improves a patient’s quality of life because it does not require routine monitoring or ongoing dose changes, treatment with warfarin—alongside a risk of bleeding—can be unpredictable and unstable if not carefully monitored.

Estimates suggest that even well-monitored warfarin patients are outside the therapeutic range which gives them effective protection about one-third of the time, meaning that they are then at risk of stroke. Indeed, a report by Anticoagulation UK last year showed that 37,000 patients in England are known to have sub-optimal warfarin control. We know that is a problem but we do not know enough about it because of a lack of data. We need to remedy that. Will my noble friend say what steps are being taken to enable local NHS services to identify those whose AF treatment is sub-optimally managed? Will she engage with NHS England and Public Health England with a view to putting in place a system for the routine collection and publication of INR and therapeutic range data to measure the effectiveness of anticoagulation management and to inform quality improvement strategies?

I am conscious that I have sought to cover a lot of ground today but this is a big issue which impacts on many hundreds of thousands of people, and is one where we can make a real difference. I look forward to contributions from other noble Lords, and to hearing from the Minister.