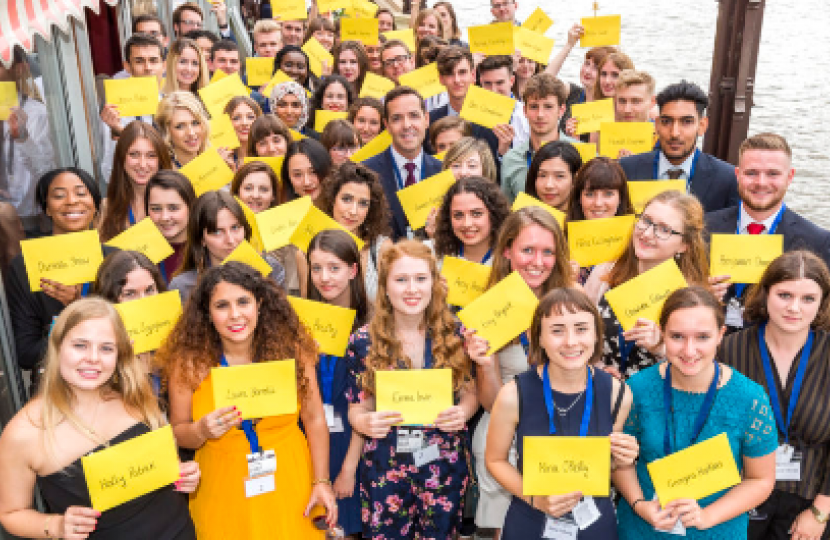 Lord Black, President Emeritus of The Printing Charity, spoke to the the winners of this year’s Print Futures Awards at the House of Lords.

The winners received their awards, which are grants of up to £1,500 to help people aged 18 to 30 years pay for training, at an event at the House of Lords on 20 July.

Baroness Dean, The Printing Charity’s 2017 President, said: “The awards have gone from strength to strength, with a record 275 applications and 78 winners this year. It renews my faith in the industry to see so many talented young people joining a very old industry but one that is now wide-ranging with modern technologies.”

Lord Black of Brentwood, Executive Director of the Telegraph Media Group and President Emeritus of The Printing Charity, said: “The winners are coming into an industry with a bright future. The speed of change is not only exciting but producing so many opportunities across the media sector for people with dynamism and a commitment to lifelong learning.”

Neil Lovell, The Printing Charity’s Chief Executive, said: “Our reach this year has been incredibly diverse, with winners from the Shetlands to Cornwall and industry sectors ranging from pre-press and papermaking to graphic design. This fantastic result has been achieved in partnership with colleges, universities, industry and trade associations. We believe in the sector’s future and that is what the awards are all about.”

At the event, The Printing Charity’s Chairman, Jon Wright, paid tribute to Terry Ulrick, the driving force behind the Print Futures Awards, who sadly passed away this year. Setting up the awards in 2003 to help young people train to work in print, publishing, packaging and graphic arts was one of his proudest achievements in a 50-year-plus print career.

More information about the awards and winners is available here.